I was not looking for the two paragraphs I am going to share from a 1994 article entitled, “Democracy and the Teaching of Argument” written from a British perspective. The article starts out, as expected with a definition of argumentation, includes a great list of why we argue — the best I’ve found thus far. The author notes that we are stuck in schools, covering too few of the varied types of argumentation, using only traditional essay form, and not providing real audiences and purposes for student work.

Then, on pages 67-68, I read the two paragraphs shared below.  I’m not sure how things have changed in the British education system since 1994, but I think the U.S. has adopted some of this 1994 mindset.

“Furthermore, the  whole  English curriculum is framed in monologic terms: individuals  compete  against  others  in  the classrooms, classes (and their teachers) compete for rankings in school, schools compete both locally, regionally and nationally and are represented in league tables. There is no sense that learning is a dialogic, negotiated activity. Rather, learning is seen to be the direct result of teaching and can be measured in  ‘performance’ or  ‘output.’ You can  see how  contrary this set-up is  to the spirit of inquiry (“No, we haven’t time to discuss that fossil you  brought into  the classroom this morning, because we’ve got to concentrate on the National Curriculum”) and how it reduces argument to safe, conventional forms that are more to do with control and regulation from above than with the genuine exploration  of  ideas  in  language,  with understanding a  multiplicity of  positions, with resolution, with the exploration and acceptance of difference. (p. 67)

In effect, what we  have in  the present government in  England is  a  hegemonic, ideologically-driven  situation  in  which successive Secretaries of State have been influenced  more  by  government  ‘think- tanks’-small, extremists-than ill-informed  groups  of by  the  testimonies  of  teachers or  anyone who  knows  anything about education. Indeed, it has been the express intention of the government to eradicate anyone with a knowledge of language or language education from these committees, guided by the principle that if you don’t know anything about a field, you are in the best position to  advise on  it. Anyone who does know is branded as prejudiced or ‘liberal’ and treated with suspicion by the government. ” (pp. 67-68)

Five cartoons to represent some key ideas associated with learning technologies. Thank you to my friend and cartoonist Martha Gradisher for bringing my vision to life!

Meeting of the Minds? 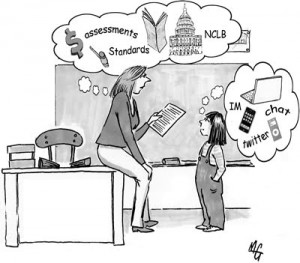 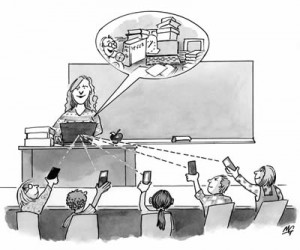 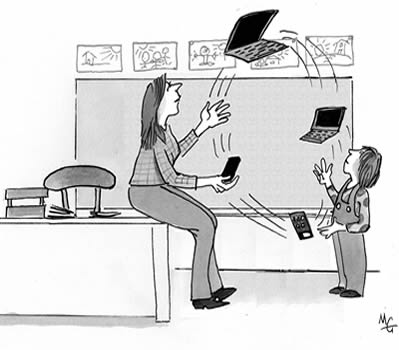 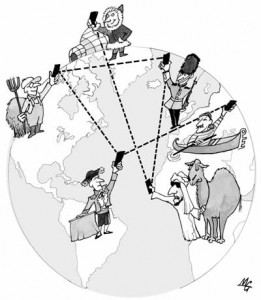 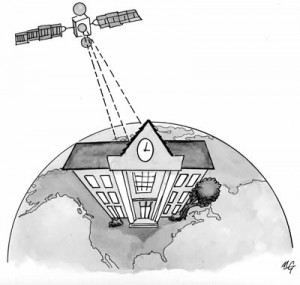